Let`s talk about scene partners and whether you need one.

As Robert Altman famously said “When casting’s done, 90 percent of my creative work is done”. Martin Scorsese also said that that “casting is 85 to 90 percent of the picture”. So choosing your scene partner is one of the most important decision you will make during the creation of your showreel. On the other hand you don`t necessarily need a scene partner for every single made from scratch showreel scene. You can have a scene on your own. It also has great benefits such as you don’t have to share the screen time with another actor.

Watch this video to find out the major rules of selecting the right scene partner and of creating a solo scene. 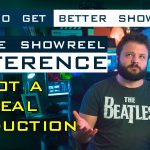 The Showreel DifferenceHow To Get Better Showreels 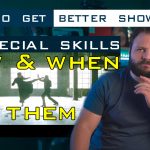