Let`s talk about the very important differences in between filming a made from showreel scene and filming anything else.

You might heard that a made from scratch showreel scene should be done the exact same way as a normal production. Well, firstly it cannot be and secondly it should not be.

Have you have ever seen the credits of a big production? If so, you probably noticed how many people are working on them. But even with a very low budget, independent project, there are still dozens of people are there ensuring the best result. The reason why? It is simple. Each of these people are specialised in one thing that they are the best at. And they are focusing and taking care of that one thing. And that is obviously a lot better than having 1 person focusing and taking care of everything.

Now when it comes to filming a made from scratch showreel scene, the crew will be no more than 2 – 3 people. And the amount of footage that a big crew spends a full day and 1000 of pounds to get , a 2-3 people showreel crew has to get in a few hours and from a couple of hundreds of pounds.

So NO, it will not be done the exact same way.

But, that doesn’t mean that you cant get a really professional, cinematic result. It just means, that it would not be done the same way. There are things at every stage of production that are better to be done differently.

Watch this video to find out what are the major differences and how you can use it to your advantage. 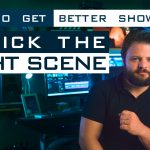 Pick The Right SceneHow To Get Better Showreels 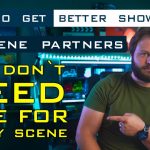