Music in Made from Scratch Showreels

In the 6th part of the production value topic we are discussing music in made from scratch showreel scenes.

Why music is so important in movies that some bigger productions are willing to pay hundreds of thousands, or even millions to get the absolute bests of the World to compose music and to pay the licence of well-known songs? How does it change tone and mood? Sometimes even pacing and genre.

According to some, that it is not a good idea to add music to a made from scratch showreel scene, as it does not make your acting better, but it can easily distract the audience. Now, the first part of this claim is true, music will not make your acting better. But it can support it by providing the audience with cues about how they’re supposed to feel. The second part, that it can distract the audience can also be true, but it really should not.

Watch this video to learn how to add music to a showreel scene the right way. As if it is done correctly, it will not be distracting, but will bring the scene alive and adds production value. 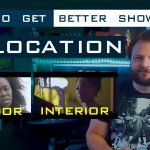 LocationHow To Get Better Showreels 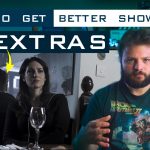 Extras in Made from Scratch Showreel ScenesHow To Get Better Showreels